Herb & Lou's is a company based out of Philadelphia who sells infused cubes to mix with your favorite cocktail of choice. They had been featured across many popular news outlets, including Oprah Magazine, Rachel Ray Everyday and the Grammy Awards to name a few.

While already selling their cubes in retail locations across the nation such as Nordstrom, Neiman Marcus & Macy's, they had been looking to expand their online presence. When they approached us, their website had already been built on Shopify, but was using an out-of-the-box template which didn't fit their brand too well. We saw this as the perfect opportunity to rebuild their Shopify store from the ground up. 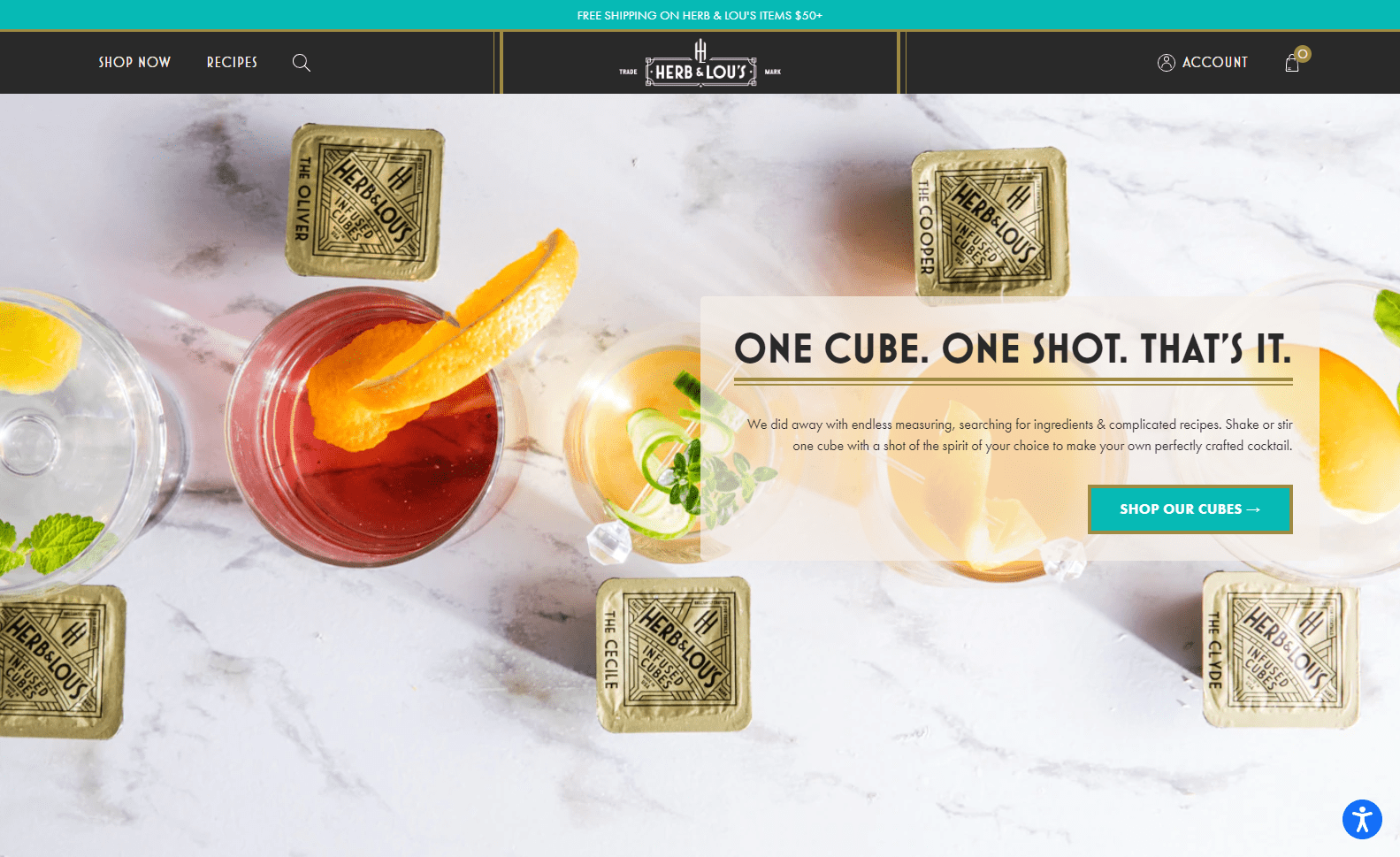 Aside from a re-design of their Shopify site, there had been a few specific things that had to be added. This included:

As Shopify experts, we looked forward to the challenge. 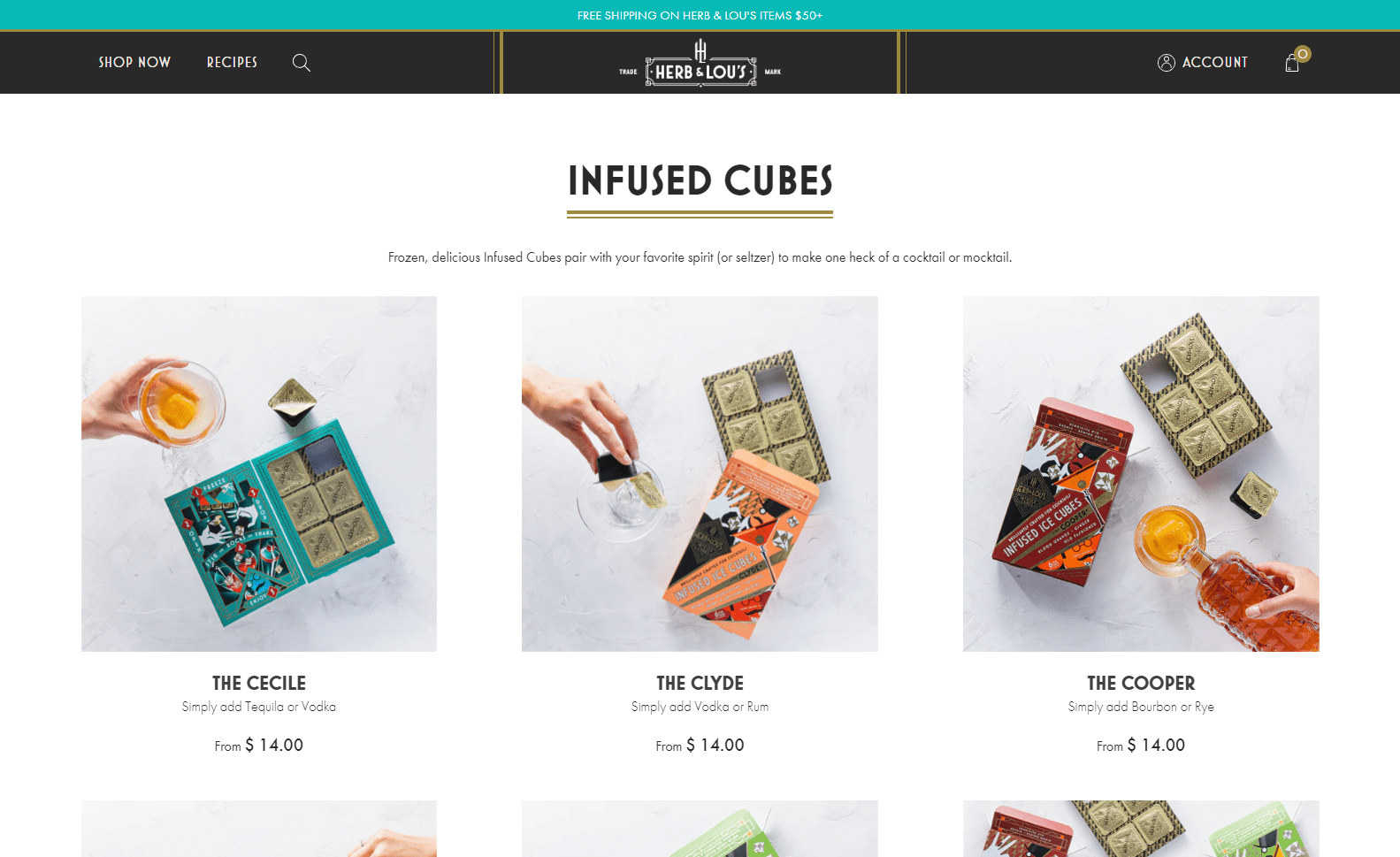 Once completed, their new Shopify site had exceeded expectations. A new, high-performant wholesale section had been build, their account & orders section had been re-built from the ground up & a recipes blog had been added on — all while matching the Herb & Lou's brand. We look forward to what's to come for their new e-commerce store. 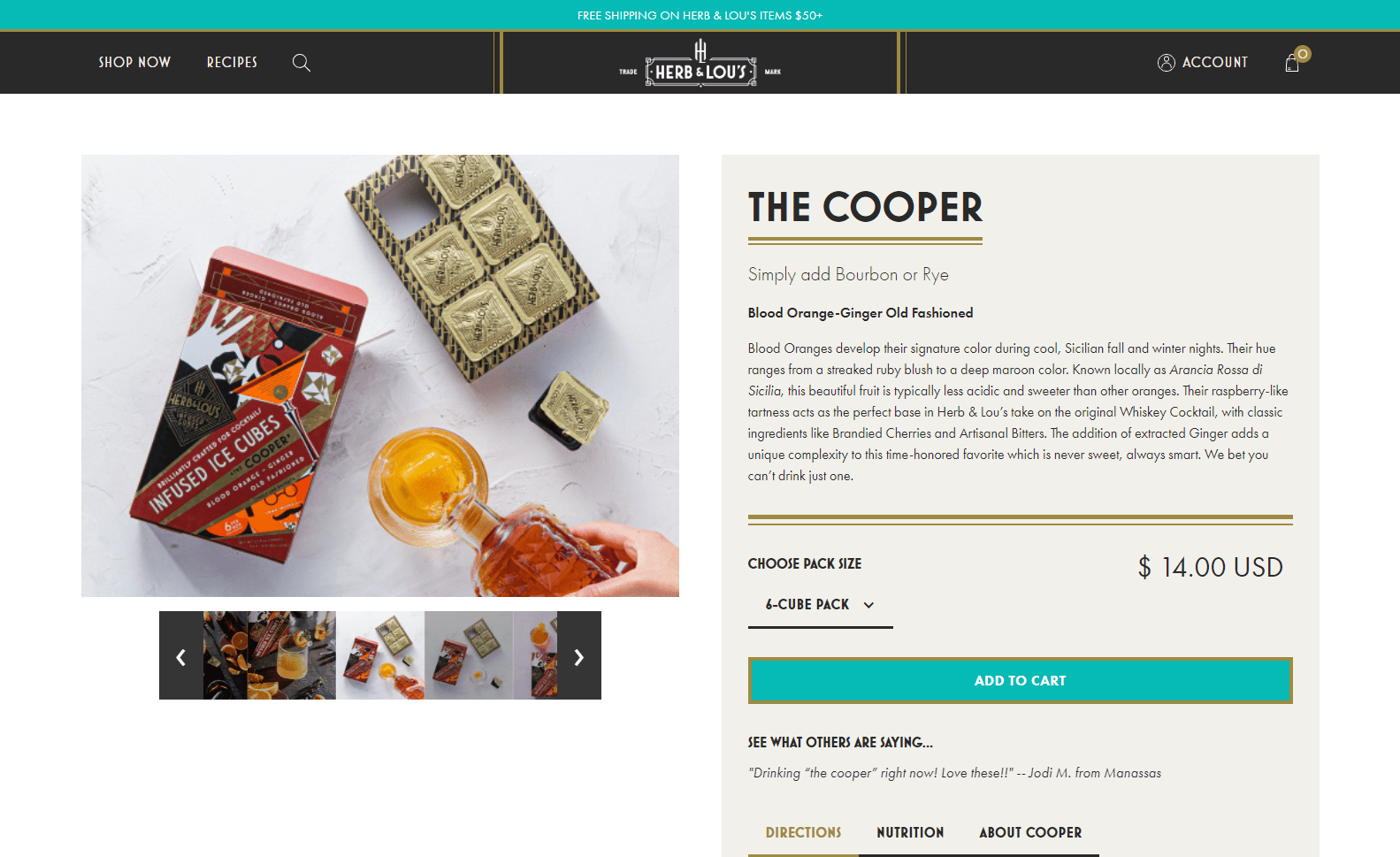 The journey to next-level growth starts here. If partnering with a team of strategic thought leaders sounds good to you, let's talk. 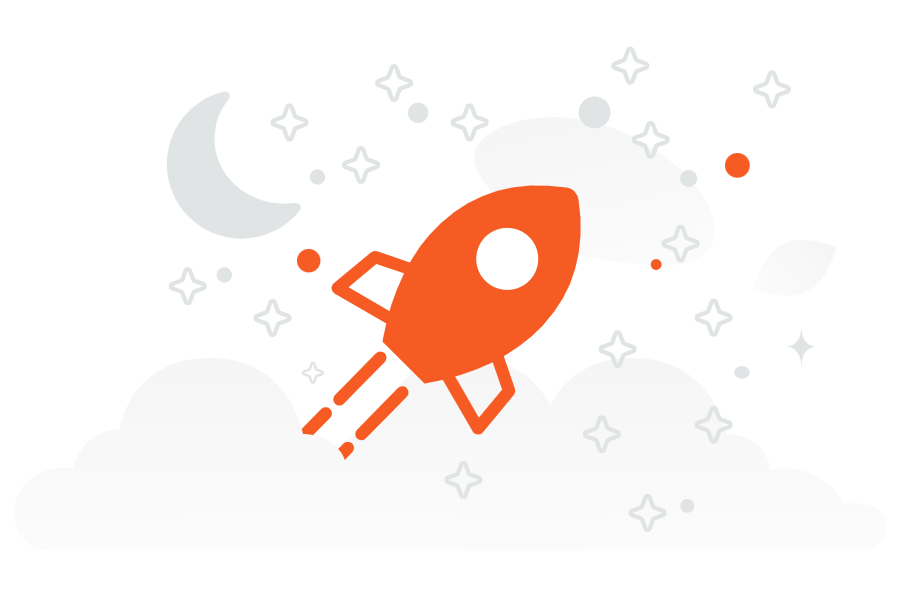